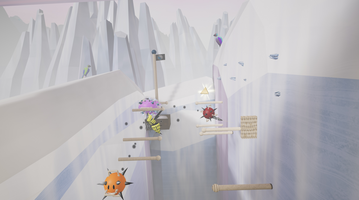 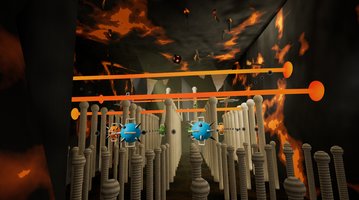 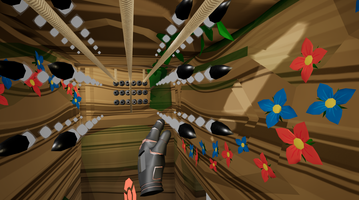 We are thrilled to announce the beta release of Don't Look Down, the VR climbing platformer where you can grab and smash robots!

In the last 9 months since we released the free alpha on Itch, we felt the incredible response from this community. Don't Look Down has consistently been among the most popular VR games here; this appreciation pushed us to keep making the game more engaging, polished, and fun. We are now ready to show you what we've been working on in the 100+ days since our last update.

The alpha had 1 zone with 5 levels, the beta now has 3 zones with 15 levels. After you beat Zone 1: Down to Earth, face new challenges in Icicle Mountain and then Vicious Volcano. As you beat levels and bonus rooms, you unlock more levels and gain in-game currency which you can use to customize your character. With new animations and visual polish, the game not only looks better, it also conveys important information in a more intuitive way.

As we are all working fulltime on this project, we decided we need to start charging for the game. The beta is available for $9.99 for a limited time. We can't wait to hear what you all think of the latest update.

Launch yourself into VR!

Get Don't Look Down